Ebenezer Derek Mbongo Akwanga was born on the thorn-tip of an historical era that has inevitably become the landmark of what he has come to represent on the global human rights and humanitarian landscape. The Honoree and Chief Executive Officer of the institute is an epitome of the struggle for the respect for human rights and human dignity. He is an Ambazonian-American.

Ebenezer’s childhood shared bed with poverty, abuse and thingification which gave him the privilege of developing powerful foundational spirit entrenched in moral discipline and a strong sense against injustice. As young as 5 years he detected and rebelled against anyone or authority which dampened the values of human dignity; even in the face of gross threat of not only losing his liberty, but missing a delicious meal. At this tender age, he had come to train himself to resist the urges of the flesh, and could sustain his hunger for food by living on pepper and water for days. He did so as he attended primary schools in Tiko, Bachuo-Akagbe and Muea in the former British Southern Cameroons, West Africa.

This powerful self-nurturing and belief gave him the strength to perceive the artificial stripes of poverty, (a common feature lived by any child born in the sea-side plantation town of Tiko) as a temporal hindrance, rather than an adhesive permanent feature. As the last child of a family of ten, Ebenezer‘s future was uncertain given that it was characterized by poverty. He seemingly had decided to carve a notch for himself as he remained one of the best students in his High School days in Bilingual Grammar School in Molyko- Buea and the then Government High School in Victoria, few kilometres from where he was born. While in High School, he was already an influential member of movements like the Cameroon Anglophone Movement which was clamoring for a return to the original post-plebiscite agreement of 1961 which laid the foundation of a Cameroonian State of two equal origins, the independent La Republique du Cameroun of January 1, 1960 and the Southern Cameroons of October 1, 1961. 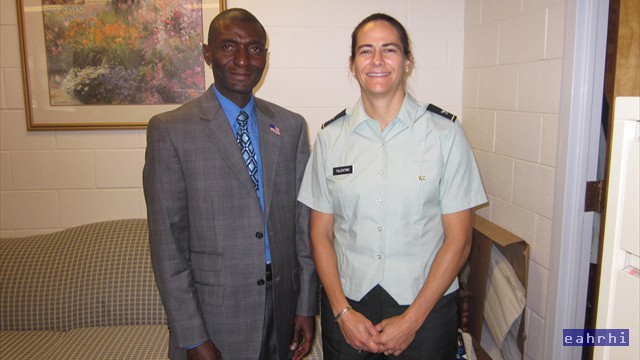 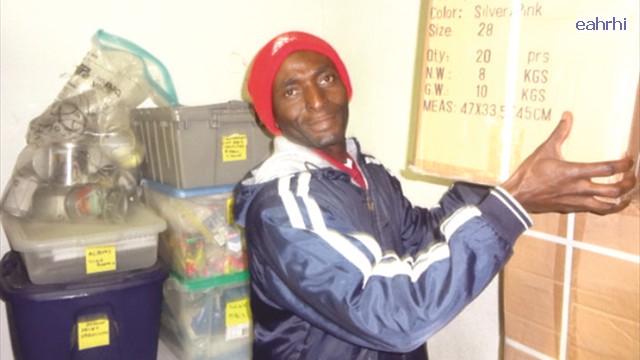 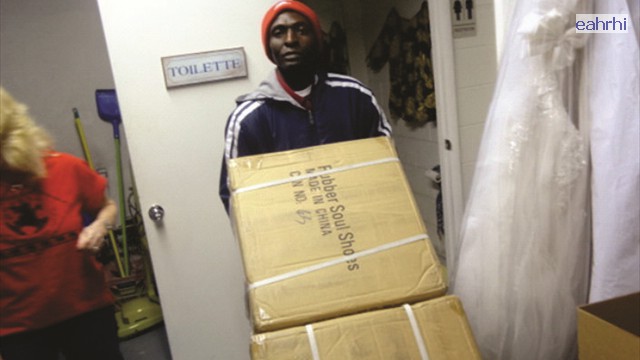 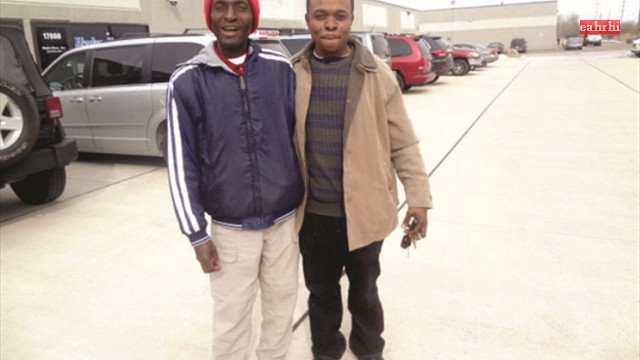 It was therefore no surprise that he rose up to become a powerful student leader (pioneer student union leader of the University of Buea Students Union – UBSU) in 1993 when he entered University. As a pacesetter human rights crusader, Ebenezer Derek Mbongo Akwanga stood against the increase of tuition in Cameroons universities on the grounds that such a quadrupling of fees would make it impossible for every intelligent child of the common man to have a decent higher education. He had argued that education should not be reserved for the elites but for every child based on their individual abilities.

He refused the University of Buea official’s offer of a bank account, a car, a house and free university education for as long as he wants. He told the university authorities that he will never make a butchery of his conscience, and that if the higher education officials were serious, the money and gratuities meant to silence his opposition to such a callous and senseless decision of increasing tuition should be invested in much needed amenities in making life in the University of Buea more conducive for studies. And when the Higher Education authorities insisted on moving forward with the dramatic draconian fees hike, Ebenezer, as leader of the Student Union, organized and led a pacific student demonstration in 1993 that caused him to be summarily dismissed and banned from all higher institutions of learning in the Cameroons. A failed attempt at poisoning him made him bedridden for 8 months.

The Honoree later succeeded in the entrance examination to become a student Pastor at the Presbyterian Theological Seminary in Kosala-Kumba, in Southern Region of the Southern Cameroons but saw that opportunity refused him by Church officials who were under pressure from Cameroons state officials not to give him the chance to study. The state argued that Ebenezer would radicalize the seminary and used the pulpit as a battleground between the People and State.

The African National Congress (ANC) in South Africa whom he joined in 1984 at the age of 14 as an anti-apartheid student activist later granted him a scholarship to study Divinity at the University of Witwatersrand but the Cameroons government refused issuing him a passport while declaring him persona non grata in the country. Persecuted, threatened and rejected by the country he called his own, abandoned and rejected by the Church which was supposed to act as his protector, Ebenezer begin a struggle for the liberation of the people of the former British Southern Cameroons. He spearheaded the formation of the Southern Cameroons Youth League (SCYL) in 1995. This Tibetan conviction to free his people from oppression led to his arrest in March 1997 by the government of Mr. Paul Biya. He was falsely accused of leading an armed secessionist drive for the independence of the people of the former British Southern Cameroons. Ebenezer was brutally tortured, sexually molested by female members of the Cameroons gendarmerie force, fed with human faeces and urine for more than 14 days, and held in solitary confinement for 730 days. He suffered the most despicable and unspeakable acts of man’s inhumanity to man.

After spending time holed up in various detention dungeons of the government of Mr. Paul Biya, (including the notorious underground dungeon of the National Gendarmerie at Yaoundé Lake-side better known as Brigade du Lac, the Maximum Security Prison in Kondengui-neighborhood in Yaoundé and the Special Prison at the MefouetAfambe some 20 kilometers in the outskirts of Yaoundé) he suffered partial paralysis of his lower limb and other torture-related illnesses. He was eventually tried and sentenced to serve a 20 years jail-term in 1999 but was rescued from the Maximum Security Prison of Kondengui-Yaoundé after serving over 7 years. He spent three years in Nigeria on exile where he escaped more five assassination attempts on his life and later resettled in the United States of America in February of 2006.

In December 2014, Ebenezer was awarded a Doctor of Philosophy Degree in Political Science by the University of KwaZulu-Natal in South Africa, and graduated in April 2015. His research interests are conflict transformation, peace and conflict studies, international political economy, guerrilla governance and state-building, African and global politics. He taught global politics and issues and themes in peace studies at the University of KwaZulu-Natal.  He wrote Smiling Through Hardship in 2007 and has also co-authored Burundi’s Negative Peace with Professor Samuel Kale Ewusi, Director of United Nations University for Peace in Addis Ababa, Ethiopia.

Dr. Akwanga is married to Agnes Nenji Abungwi Akwanga, his life over the year’s friend, sister, wife, and mother. They live with their three children – Manyoh, Enanga and Nembu-Meka and two grandkids – Gisele and Aaliyah in the United States. He is a Co-founder and Secretary-General of the Organization of Emerging African States (OEAS) also known as the Organization of Emerging States (OES), a US-based Charity and the Leader of the African People’s Liberation Movement (APLM), the successor to the Southern Cameroons Youth League (SCYL).

The Honoree and Chief Executive Officer who has been victim of all forms of torture and dehumanization, abandoned even by the church which was expected to protect him has remained steadfast in his quest to ensure the respect for human rights and dignity for all. It is against this traumatizing but enriching experience that the ebenezer akwanga human rights and humanitarian institute (eahrhi) was founded by a group of friends with Dr. Akwanga’s unflinching blessings so as to keep the aspirations, dreams and hopes of Ebenezer burning while immortalizing and encouraging others to work towards improving the world, reaching hearts far and near and touching minds in other to make the world a better place to live in.